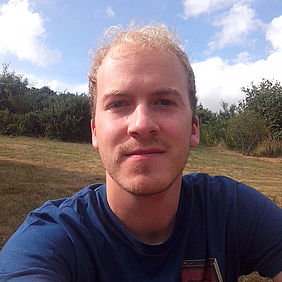 The 24-year old Louis Durand is travelling while studying to get to learn all about Europe, innovation and entrepreneurship. Last year he was doing his first year of the EIT Digital Master School in Sweden; recently, he started his second year in Italy after spending his Summertime learning at the EIT Digital Summer School in Nice. His dream: starting his own business in Europe.

The European concept of the EIT Digital Master School appealed so much to him that he applied for the Master School programme in Embedded Systems. "I was interested in doing a double degree and I wanted to specialise in Embedded Systems and Robotics. The EIT Digital Master Schools offering corresponds very well to my aspirations. I like the concept of a European school based on a network of different prestigious European universities with a focus on innovation and entrepreneurship."

This focus he experienced last summer, at the EIT Digital Summer SchoolUrban Mobility in Nice. He spent two weeks learning about Digital Cities, technology and how to solve a business case with international team mates he did not know before. Summer Schools are mandatory for EIT Digital Master School students and are also open for professionals outside the Master School who want to stay ahead on digital matters.

"The Summer School was one of the best learning experiences I've had so far. We had a lot of talks around the topic that demonstrated all aspects and challenges of the present and future cities. I like the fact that these talks were very anchored in the reality of current cities for some, but also very far ahead in terms of potential future developments. It gave us very good insights of the challenges waiting for us, the future engineers and innovators. The case study was a very interesting challenge. We worked with my group on a new kind of bike sharing solution. It was an enthralling problem and I loved how creative we could be, even on this specific topic. It is amazing to get to know people from all around the globe and work, study and have fun together."

This wasn't the first time he has been working with international people in the pan-European ecosystem. Every year, EIT Digital kicks-off the new academic year officially with a three-day event in one of the cities where EIT Digital has an office. In 2016, this was in Rennes in France. Within these three days the students are directly faced with a business challenge to solve, with people they haven't met before.

The Summer School in Nice was a bridge between two very different study locations for Durand's first and second years. From September 2016 until June 2017 he was a resident of Stockholm, studying at the EIT Digital partner university KTH. After the Summer School in Nice he moved to Trento, Italy to finish his EIT Digital Master School at another partner university, the University of Trento, where he will specialise in cyberphysical systems. But as he states, he will not stay here all year long. "I plan to do my internship somewhere in France. Maybe the company I do my internship with, will hire me for a job after the internship."

Ultimately, Louis wants to set up his own business in Europe. "I have several project ideas about video gaming and synthesisers that I would like to develop into a company. I'm already working on some of them in my free time. After the Summer School, I also would like to consider this bike sharing solution we developed. But first, I want to start working in a company to gain experience and collect some savings." The jobs he fancies are in the field of robotics or music.